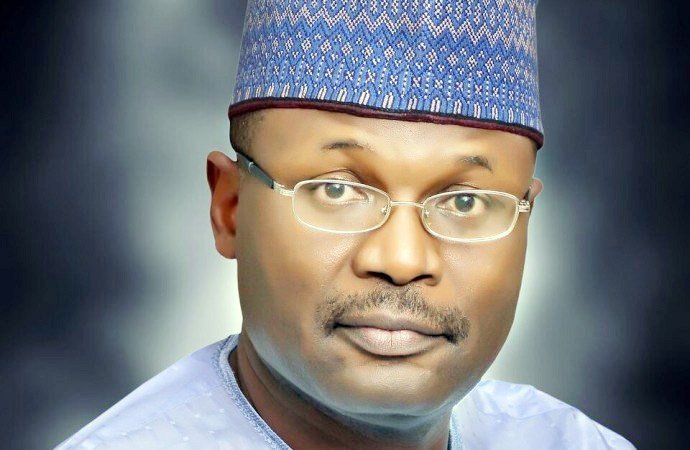 It is a Day that has been set aside to create awareness of fundamental rights and freedoms relating to the privacy of citizens in the data processing ecosystem.

In line with the overarching global objective of awareness on data privacy, the Nigeria Data Protection Bureau (NDPB), will be organizing a National Privacy Week, which is a week of intensive focus on awareness creation in the area of data subjects’ rights, capacity building on data governance, data breach remediation among others.

The Hon. Minister of Communications and Digital Economy, Prof. Isa Ali Ibrahim Pantami, will flag-off the National Privacy Week with a press conference on the Global Data Privacy Day.

The National Privacy Week also coincides with the one year anniversary of the establishment of the Bureau.

The NDPB under the leadership of Dr. Vincent Olatunji as its National Commission and CEO will set-up an Accelerated Data Breach Remediation unit to resolve petitions from data subjects within the National Privacy Week.

Marwa seeks community support as Ochi’Idoma, others back drug war

Marwa gave the charge at different occasions in Igumale, Ado local government area and Otukpo in Benue state on Sunday 22nd and Monday 23rd January respectively. The NDLEA boss was in Igumale to perform the ground-breaking ceremony of the Agency’s Area Command office in the community.

Speaking at the palace of the community’s monarch, Chief Joseph Oche Ikor, Marwa urged the traditional ruler to see the siting of an NDLEA office in his domain as a call to mobilise his people to reject substance abuse and support ongoing efforts to eliminate access to illicit drugs wreaking havocs in families and communities.

In his remarks at the foundation laying ceremony and the commissioning of a 20-kilometre road facilitated by the member representing Ado-Ogbadigbo-Okpokwu Federal Constituency in the House of Representatives and who incidentally is the Chairman, House Committee on Narcotic Drugs, Hon. Francis Ottah Agbo, Marwa said “both developments are signs of the importance of this community and local government to Nigeria’s welfare and also a testament that communities in this corner of the country are not left out of the dividends of democracy by its leaders.”

While commending Hon. Agbo for his passion and commitment to the effort to make Nigeria a drug-free country, he told the community that the lawmaker is at the the cusp of making history with his sponsorship of a bill to make political office seekers take the Dug Integrity Test, from the lowest position of councillorship to the highest office in the country. “At the same time, he has also been one of the key drivers of the amendment of the NDLEA Act which we are hopeful will be passed by the National Assembly before the end of the tenure of the Ninth Assembly. Even as he worked on the national stage, he also remains an embodiment of the saying that “charity begins at home.”

Admonishing the community, Marwa said “I will also want to use this opportunity to appeal to the good people of this constituency to do their utmost to ensure we keep our communities clean of illicit drugs. Keeping Nigeria safe from dangerous substances is the mandate of NDLEA; the mandate, however, cannot be attained without the contribution of Nigerians. We have created a vehicle to facilitate the participation of the citizenry, which is the War Against Drug Abuse (WADA) campaign. It is a social advocacy which we are going to taking to every community in this country. We started in 2021 and in the past two years, we have succeeded in getting WADA to the doorsteps of our people at the grassroots.

As we intensify the campaign this year, I enjoin every one of you to be a part of this platform for social action where all well-meaning Nigerians become stakeholders in the concerted effort to safeguard the safety and sanity of our society against the drug scourge.”

Speaking during a WADA advocacy visit to the Ochi’Idoma of Idoma land, Agabaidu Elaigwu Odogbo Obagaji John, on Monday 23rd January, Marwa said traditional rulers as leaders of their people must embrace the campaign against the drug scourge in the interest of the youths, families and the security of their communities and the country as a whole.

In their responses, the monarchs and other community leaders who spoke at the different ceremonies promised to support the Marwa-led Agency to succeed in its given task while also assuring that they would work with NDLEA to rid their domains of illicit drugs.

Inuwa made the call when he received WhatsApp’s Director, Public Policy for Europe, Middle East, and Africa, Helen Charles, alongside Meta’s Head of Public Policy for Anglophone West Africa Adaora Ikenze on behalf of the Honourable Minister of Communications and Digital Economy, Professor Isa Ali Pantami in his office.

The DG noted that fact-checking could be an entirely new industry with lots of job opportunities.

According to him, “the fact-checking aspect of the Code of Practice is critical now because of the election, we need more fact-checkers, and also beyond the election, we are looking at how we can expand it to even make it an Industry which can create jobs within the country”.

While assuring Nigerians that government would not meddle in the activities of fact-checkers, as they will be given a free hand to operate, content posted by Nigerians should be thoroughly verified by the fact-checkers to establish its genuineness or otherwise for appropriate action.

Inuwa appealed that the fact-checkers must be proficient in at least the three major languages in Nigeria for easy spotting of such harmful content either written or translated into one of the languages. The DG NITDA further said that Meta’s support is highly needed, especially in supporting the growth of the Fact-checking industry.

“Technology is changing the way we live, work, our democracy, and everything. Technology is just beyond business or other things, it also touches our life and changes everything”, he noted.

He further noted, “therefore, we need to work together and change everything, so we need to improve on accountability, increase competition, safeguard privacy, protect our democracy and transform governance in Nigeria”.

“Everyone agreed that we need regulation, but we don’t know the best regulation, and the best way to go about it is to co-create that regulation in a similar way the Code of Practice was issued”, he added.

The Code of Practice (COP) that the NITDA Boss emphasized came at the right time as the country heads for its general election.

“So far, NITDA has done so much in terms of providing enabling environment for safe Information Technology usage in Nigeria while training a lot of Nigerian youth on the adoption of technology and improved practices as Nigeria keeps on expanding its digital literacy coverage in line with the National Digital Economy Policy and Strategy (NDEPS) 2030 target of 95%”.

The Director General noted that NITDA will intensify its effort to ensure internet usage safety devoid of harmful content that could jeopardize the peace and harmonious coexistence among Nigerians before, during and after the elections.

Earlier in her presentation, Meta’s Director, Public Policy for Anglophone West Africa, Adaora Ikenze, noted that it was important for Nigerians to see accurate information on the services of Meta in Nigeria. Ikenze said henceforth, Meta through its fact-checking partners, FAP, Africa Check and Dubawa will remove any sensitive fake information that could lead to imminent violence or physical harm amongst people living in the country.

The fact-checking, she explained, would review and rate potentially false content on all the platforms, label it and place it lower on the feeds so that few numbers of people could see it.

Meta has since been engaging Fact Checkers in Nigeria and will continue to do so, especially with the Code of Practice in effect, which encourages platforms to engage the services of Fact Checkers, Ikenze said.

To further educate Nigerians on how to spot false news and the actions to take, Meta, she said, is partnering with local radio stations to create awareness against the creation and spread of false news through radio dramas in English and Pidgin.

Ikenze also intimated to the nation’s IT regulator that, Meta would also be executing a WhatsApp awareness campaign, #YouSaid in Yoruba, Hausa, Igbo, and Pidgin to enlighten users on how to verify the information before sharing and running online ads on Facebook.

She also gave assurance that Meta is deeply concerned and remains committed to protecting the integrity of the Nigerian electoral process, as well as the entrenchment of a culture of zero tolerance for fake news proliferation.