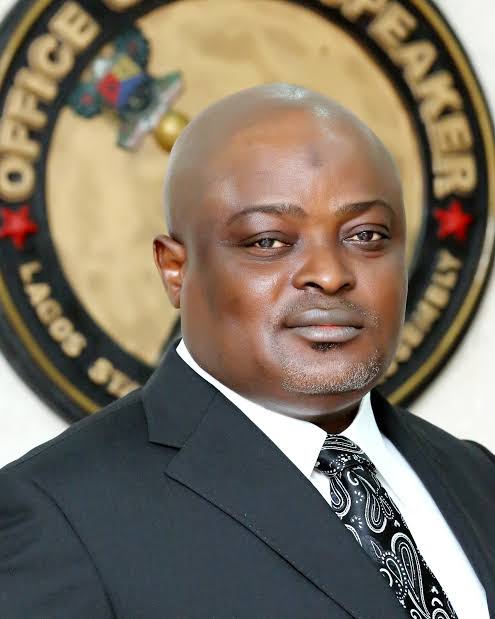 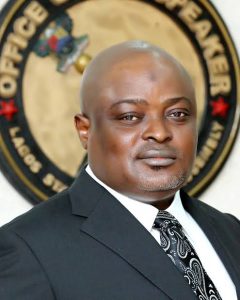 The Lagos State House of Assembly has ordered it’s Committee on Tertiary Education, headed by Hon. Ajani Owolabi to investigate the cause of the delay in selecting a new Vice Chancellor for the Lagos State University (LASU) and report back to the House in a week.

The matter was raised as Urgent Matter of Public Importance by the Majority Leader of the House, Hon. Sanai Agunbiade during plenary on Tuesday.

According to Agunbiade, LASU is currently having an acting Vice Chancellor as a new VC is yet to be selected for the institution.

The Majority Leader stated that a committee was raised towards the end of the tenure of the last VC of the institution, Professor Olanrewaju Fagbohun, but that the committee was dissolved because one of the three shortlisted candidates did not have PhD as he was said to have possessed just a university fellowship.

He said that, when another committee was raised they did an advertisement and said that someone with fellowship of an institution could apply for the office.

He added that nine persons were shortlisted, but that the second process has also been put on hold.

“Now, LASU does not have a VC or Governing Board. LASU has dropped from number two in the country to number five. Something must be done urgently about the selection of a new VC for the university.

“The House Committee on Education should be asked to commence investigation into the issues in LASU and come up with recommendations.

“The Lagos State Governor should also see into the issues surrounding the selection of a Vice Chancellor for the institution,” he said.

Speaking on the matter, the Speaker of the House, Rt. Hon
Mudashiru Obasa said that the process of handing over from one administration to another has always been a problem in the institution.

“We eulogised LASU over it’s feats recently only for the issue of succession to draw the institution back.

“They have regulations on how a VC should be selected. They did a test for the people shortlisted for the office and their marks were very close to one another.

“They should have selected one of the shortlisted candidates. But I believe that there is more to what is happening in the institution despite what we are seeing,” he said.

The Speaker then ordered the House Committee on Education (Tertiary) to investigate the matter and report back to the House in a week.
In his contribution, Hon. Ganiu Sanni (Kosofe 1) said that the issue of LASU is taking a worrisome trend despite it’s achievements over the years.

Okanlawon recalled that LASU was number two in Nigeria and between the first 500 to 600 universities in the world.

“What is happening in LASU is a clash of interest and intra campus politics.

“They all want to have stronghold in the affairs and activities of LASU. This will cause problem if there is no moderation.

“The advert for the position of Vice Chancellor stated that the person that would be the VC could be a fellow or PhD holder as stated in the law that established the university.

“I don’t know why that caused an issue now. The Govenor should take a bold step and take decisive actions. We must consider professionalism, competence and experience in the selection,” he said.

Another lawmaker, Hon. Desmond Elliot (Surulere 1) said that over 50% of the lawmakers in the assembly were graduates of LASU.

Elliot said that LASU has grown in leaps and bounds, and that accolades kept growing for it before the latest problem occured.

He then called for a seamless transition from one government to another in LASU.

This was corroborated by Hon. Gbolahan Yishawu (Eti Osa 2), who called for a stoppage to the noticeable lacuna in the selection of a new Vice Chancellor for the university.

In his comments, Hon. Rasheed Makinde (Ifako/Ijaiye 2) said that the issue did not project the image of the institution properly.

Makinde stated that the institution would be 38 years old and that they were being giving subvention so that the school could develop, adding that it is regrettable that crisis comes anytime a new VC is to be appointed in the institution. 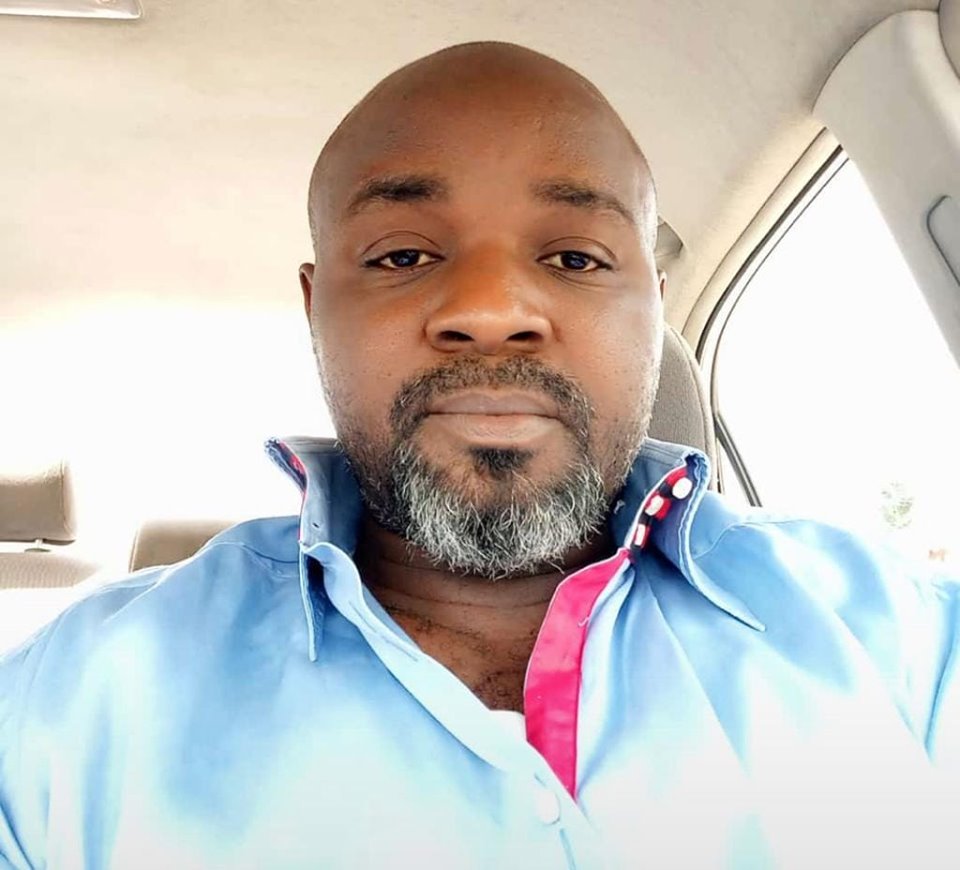 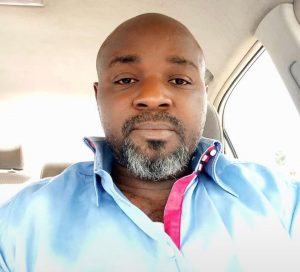 Countdown begins for the talk of the town Society Reporters Excellence Leadership Award (SRELA) is billed to take place as a presentation in the month of August 2021 and packaged by Society Reporters, a reputable news platform that serves as the watchdog of society; bringing to the fore pertinent issues that are otherwise overlooked for the past ten years of existence.

The debut of SRELA as special recognition excellence and the leadership award is to add value to the carefully selected awardees and recipients for the year, enhance their credibility, and reinforce the leadership stance of recipients in their field of endeavors.

The information available revealed that the organizers have made name for themselves by breaking many top society stories over the years and staging Society Reporters Excellence Leadership Awards (SRELA) now is another win for the online platform that stands out amongst its contemporaries.

“Society Reporters Excellence Leadership Award (SRELA) is positioned to be an epoch-making event in the society like no other to celebrate and honor those that deserve the crest and creating unity in various industries across the board” disclosed an associate.

Checks also revealed that Society Reporters is a reputable platform that shines the light on elite society members, and the organizers have concluded plans to use this opportunity to stage an excellent award and throw even more of the spotlight on those who have made a difference in society regardless of the sector.

No doubt, Society Reporters Excellence Leadership Awards (SRELA) is an exclusive annual event to honor excellence and leadership with limitless imagination and bold execution to foster unity among the top players in various sectors at large, said the Publisher, Mr. Sunday Adebayo.

More so, the Awards aim to celebrate the commendable feats that define the personality of awardees/recipients; feats that have secured their position as high flyers with excellent perception and outstanding ratings in their respective categories.

The industry watchers also squealed that Society Reporters Excellence Leadership Awards is a good platform for the Recognition for Your Achievements, Exposure for You And Your Organization, and Access to Industry Leaders. And they wish to advise any prospective recipients not to miss this golden opportunity from Society Reporters.

The Governing Board of the Society Reporters Excellence Leadership Awards (SRELA)  headed by the Publisher Sunday Adebayo, and the Selection Panel for the SRELA 2021 edition has jointly ratified the selection of reputable recipients for the maiden edition that would be unveiled officially soon. 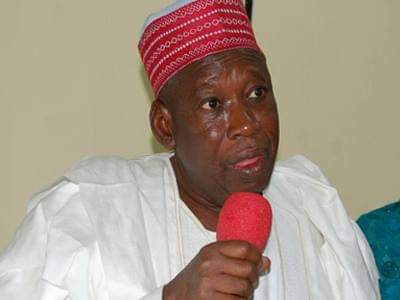 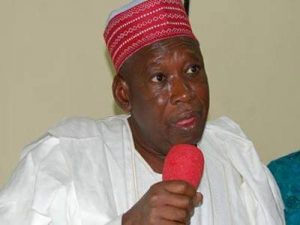 Kano state government has described as fallacious a trending story on social media platforms on a purported plan to officially disallow women regardless of any faith from getting behind the wheel.

The state commissioner for Information, Malam Muhammad Garba who made the clarification in a statement issued on Thursday, said government had at no time contemplate on the matter.

He said the story, which could not be traced to any credible source, was nothing but the imaginary thinking of the authors.

“The trending story lacks any credibility and that is why it is wholly attributed to a source that cannot be substantiated,’’ it added.

Malam Garba pointed out that if at all there was such plan, the state government does not have to be involved in any secretive meeting to decide on a critical issue that has to do its teeming populace.

The commissioner stated further that even Saudi Arabia which for decades had laws that sanctioned women from driving has, after all, lifted the ban in 2018.

He said it was interesting that some of the scholars quoted to have supported the alleged ban have already dissociated themselves from the story. 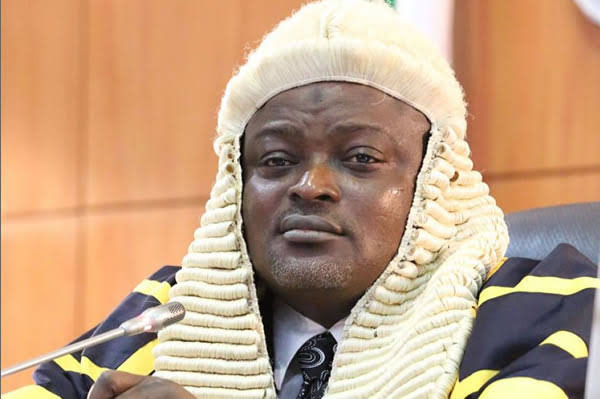 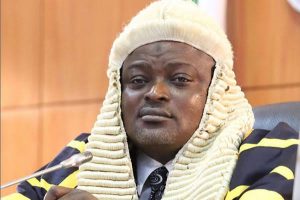 Lagos Assembly on Wednesday organised a-day public hearing on “A Bill for a Law to provide for the establishment of the Lagos State Deoxyribo-Nucleic Acid (DNA) and Forensic Center, to support criminal investigation, Law enforcement and the preservation of evidences for the judicial system and for other connected purposes” to obtain stakeholders and the Publics opinion on the Bill.

In his Welcome Address, the Chairman Joint Committee on Judiciary, Human Rights, Public Petitions and LASIEC and Health Services, Hon. Victor Akande stated that the Bill is a corroboration of the House’s responsiveness and responsible to any matter affecting the citizenry especially as it relates to criminal investigation and dispensation of justice in Lagos State.

He further urged for vibrant contributions in order for a judicious and practicable legislation for the benefit of Lagosians.

Giving his Keynote Address, Deputy Speaker, Hon. Wasi Eshinlokun-Sanni, representing the Speaker Rt. Hon. (Dr.) Mudashiru Obasa stated that the bill seeks to enable the forensic center in providing a suitable data bank that will encompass information of Lagos residents to better solve and prevent criminal activities in the State.

“If we want our desired developments to become reality, we need accurate robust information with these population and immigration realities. There is the need for a suitable databank that will have an across the board information of Lagos residents”.

Hon. Sanai Agunbiade, giving the extensive Overview of the Bill assured the Stakeholders that the bill had enjoyed robust debate on the floor of the House and having survived on merit is being committed to the joint Committee on judiciary and Health Services for more input by stakeholders and the publics.

Enjoining the Stakeholders that, “As professionals, we want you to assist us to give Lagosians a clear, unambiguous Law that will be beneficial to all and other States to use as specimen for their own Law”. He Said.

In his analysis, Mr. Moyosore Onigbanjo SAN, Lagos State Attorney General /Commissioner for Justice adjudged that the bill is another display of the dynamism that Lagos Assembly is working in collaboration with the other arms of government.

Adding that the Bill serves as a tool in the creation of the Forensic and DNA center and it will assist Lagosians in sleeping easier. “Science has progressed so much that we cannot go back to analog method therefore we must deploy the use of forensic services to fight crimes.

Prof. Akin Abayomi, Commissioner for Health while following the line of the Commissioner for Justice, spine in the pioneering spirit of Lagos by using Law as an opportunity to make the State a safer place as the commissioning of crime can be adjudicated and criminals can be brought to book.

“The power of bio-technology allows for the placement of old crimes and to shed more light on previous circumstances leading to the crime. It is a step in the right direction to utilise the science of bio-technology which is an exact and advance science of cataloguing circumstantial materials and data associated with matter under investigation”.

Following the contributions of the Stakeholders, Dr. Salawu Tajudeen, Vice Chairman, Nigerian Medical Association while commending the House noted that Forensic is multifaceted and the functionality of the center must reside with the professionals of the medical sector.

He added that the establishment of the Center will assist in extraditing and resolving issues such as ballistic and forensic test challenges.

In his contribution, Dr. Babafemi Thomas, Director Pathology Services advocated that many sub-division branches of forensic science should be captured in the bill as well as the body that will be responsible for the funding as it will guide and reduce instruments of conflict.

Dr. Jibola Keshiro, Managing Director, Apapa General Hospital is of the opinion that the role of the Director of the Center goes beyond legal services as it is more technical and involves medical professionalism, therefore a medical professional and specialist be recommended for the position.

In response to the concerns raised on some clauses in the Bill, the Deputy Speaker, Hon. Wasi Eshinlokun-Sanni assured the stakeholders and the publics that the Bill will include their aggregate.