Anambra State Government on Thursday approved the extension of retirement age for teachers from 60 years to 65 years.

The Head of Service, Mr Harry Udu, said in Awka that the extension takes effect from January 17, 2019.

According to Udu, the extension affected teachers in primary and post-primary schools.

He urged officers in charge of the Post Primary School Service Commission and Anambra State Universal Basic Education Board to take necessary steps to notify all teachers of the development.

Related Topics:Anambra State Government
Up Next 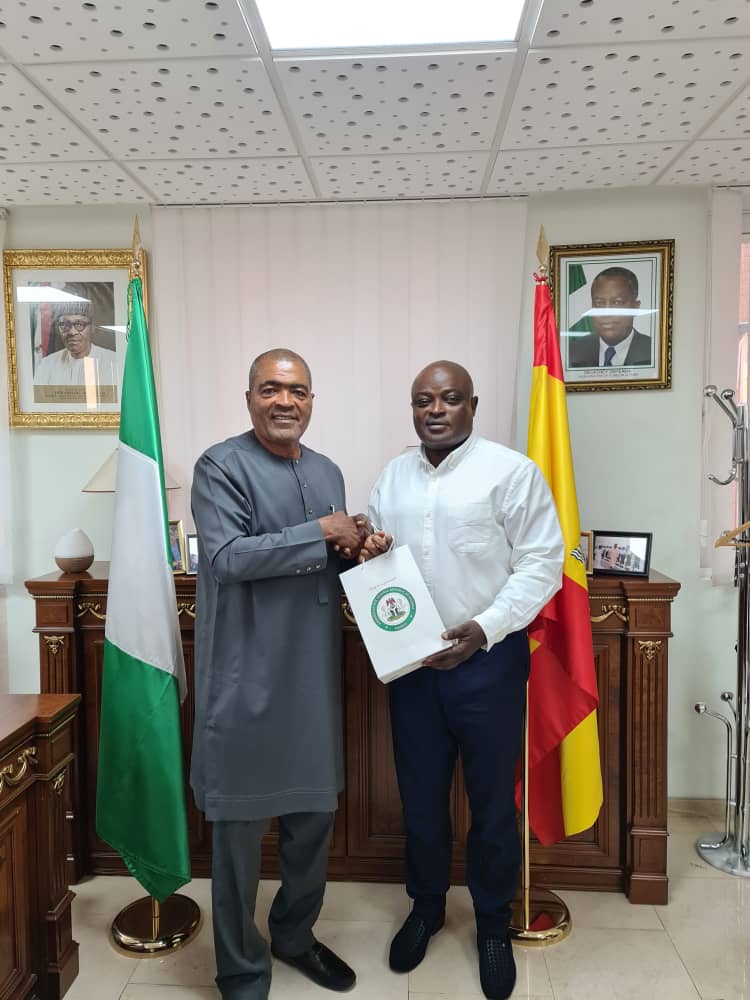 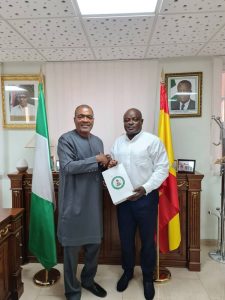 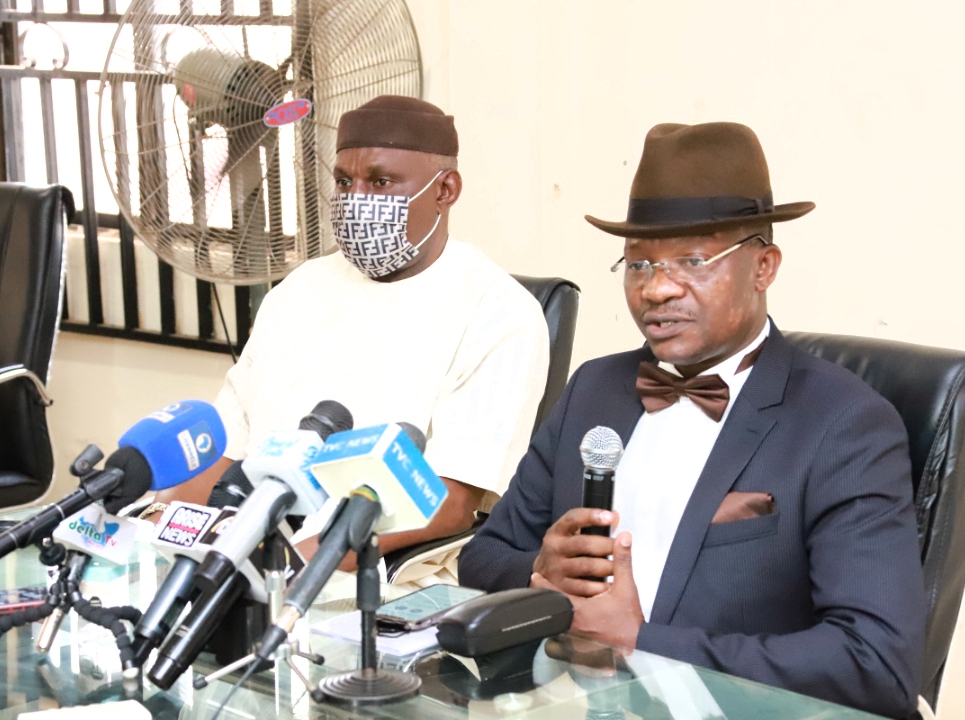 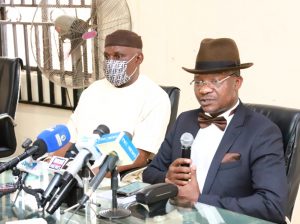 Delta Government on Monday, expressed dismay over the recent travel advisory reportedly issued by the United Kingdom to its citizens in Nigeria.

The Commissioner for Information in the state, Mr Charles Aniagwu, expressed the state’s concern at a news conference in Asaba.

He said that Governor Ifeanyi Okowa’s administration in the state put high premium in the security of lives and property of citizens because it was the primary purpose of government.

The commissioner, who was with the Chief Press Secretary to the Governor, Mr Olisa Ifeajika, urged the public and the international community to disregard the advisory report because it was not in tandem with the situation in the state.

“In our five-point agenda security is the second item which involves meaningful peace-building and harmonious living among Deltans and their neighbours.

“In the last six and half years, we have tried as an administration to ensure that we have reasonable peace in our state. Fortunately, God has helped us because our people have cooperated with us and that has helped us in ensuring that we sustained the building of relevant infrastructure even as many persons are trooping into the state.

“Those of you who have been in our state capital and of course, Warri the commercial nerve centre of the state and indeed all the other local communities in Delta, can attest to the fact that Delta has been quite peaceful and that is why you have seen the influx of persons coming in to invest.

“We were taken aback as to why the British Foreign, Commonwealth and Development Office (FCDO) in their latest travel advisory report included Delta in the list of 12 states where they are asking their citizens not to visit on account of possible attack by Boko Haram.

“We want to believe that it was an error because just last month, precisely on September 21, the British High Commissioner to Nigeria, Ms Catriona Laing, was here in Delta.

“She lauded the state government in what we are doing and appreciated the fact that she was warmly welcomed and even visited some communities without any hitch or element of any report that points to the fact that her life was threatened. So, we couldn’t have imagined where this particular advisory came from.

“For the records, Delta is very safe; Delta is welcoming and we are available for both local and foreign investors. Delta is much more conducive for anybody to operate whether in terms of business, leisure, work or whatever is worth doing and justifiable in any reasonable human society.

“We have tried to build a very peaceful state because we realise that peace is the bedrock of whatever form of development you are bringing to bear and to add value to the lives of the people.

“As an administration we have continued along that trajectory to ensure that we evolve policies and programmes that will help us to ensure that there is peace all the way,” he said.

Aniagwu commended the traditional institution, the youths and others living in the state for their support and cooperation.

“We encourage the British authorities and indeed any other foreign national to continue to see reason to do business with Delta, travel down to Delta in terms of business, leisure and any other form of interaction.

“The state government will continue to ensure that there is peace and all of you who live in Delta can testify to the fact that Delta is one of the very few states in Nigeria today where there is night life.

“The reason why we have night life here is because there is a very high level of security in our state and apart from the efforts we have put in, we have enjoyed the grace of God and indeed the very unconditional support of the different segment of our society,” he said.

He restated his call on the public and the international community to discountenance the UK government’s advisory because it was not reflective of the situation in the state.

Aniagwu added that the state government was working hard to gazette the anti-open grazing law while also taking steps to adopt the White Paper on the Judicial panel of enquiry into Police brutality in the state.

august24admin
Eid-el-Maulud: Okowa Calls for Prayers to End Violent Crimes
DAN DENT (ASABA)
SPONSORED BY: H&H
As Muslims in Nigeria join their counterparts across the world to commemorate the birth of Prophet Muhammad, Delta Governor, Senator (Dr) Ifeanyi Okowa, has called for intensified prayers to end violent crimes in the country.

The governor, in a statement signed by his Chief Press Secretary, Mr Olisa Ifeajika, in Asaba on Monday, urged Muslims to follow the exemplary leadership of Holy Prophet Muhammad by promoting peaceful co-existence and offering prayers for the peace, unity and continuous progress of Nigeria.

He said that Nigeria was currently plagued by insurgency and other violent crimes, including banditry, kidnapping, armed robbery, herders-farmers clashes and agitations which had continued to impede growth and development of the country.

According to him, funds that the Federal and States Governments would have used for development are being wasted in combating the crimes and protecting lives and property of Nigerians.

Okowa charged Nigerians to shun all divisive tendencies and work towards building a better nation, saying that the celebration of the birth of the Prophet should renew the faith and bond of unity among the people irrespective of the diversities.

He specifically urged the Muslims and other religious groups to intensify prayers for needed reforms for a better Nigeria.

“On behalf of my family, the government and people of Delta, I extend our warmest wishes to Muslims celebrating Eid-el-Maulud in Delta, Nigeria and around the world. I congratulate all our countrymen and women on this special day.

“As we celebrate, it is my hope and prayer that we emulate the spiritual lessons in the Holy Prophet’s teachings of piety, love, justice, fairness, equity, peaceful co-existence, tolerance, honesty and dedication to duty.

“As a people with great religious beliefs, if we can imbibe and espouse the Holy Prophet’s teachings, our nation will ultimately benefit from it.

“Let us remember to pray fervently for our nation to achieve greater unity and rise against tendencies offensive to democratic tenets and wellbeing of the country and the people, irrespective of religion or place of origin.

“This is the time for a rebirth in the polity, and I urge all well-meaning Nigerians to join hands in that direction, especially in giving the country a new Constitution that will address all contending issues that are reflective of true democracy and federalism.

“It is my hope that this celebration will bring joy to all your homes here in Delta, Nigeria and around the world,” the governor stated.