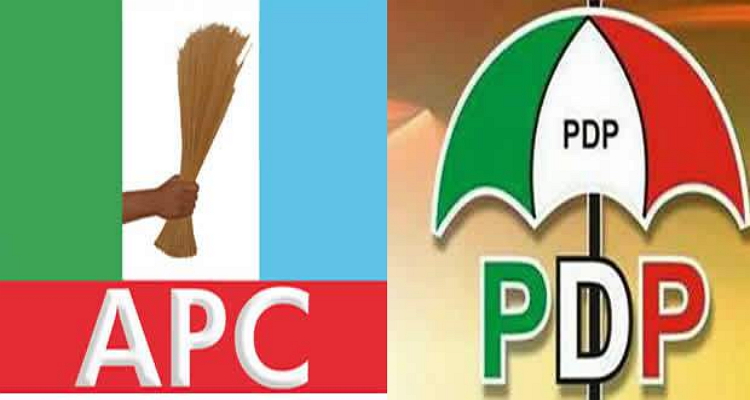 Mr. Oluwo Olawale, the Lagos state  commissioner for energy and mineral resources has defected to the people Democratic Party PDP.

According to  Mr. Oluwale, he decamps to the PDP base on the conduct of the All Progressive Congress primary election which leads to the defect of the Lagos state governor Akinwunmi Ambode.

Oluwo said he was not only leaving the party but also resigning as the commissioner for energy and mineral resources.

He claimed to have submitted a similar letter to Ambode

The letter to the chairman of the party, dated December 3, read in part, “My decision to resign is not unconnected with the events of the last few weeks which have created a heavy moral burden for me. I have found it rather difficult to come to terms or rationalise the party’s conduct of the October 2018 primary election which were largely characterised by massive voters’ disenfranchisement, intimidation, violence, undue influence and non-compliance with all known principles of democracy.

“In the particular case of the governorship primary, which was conducted using the ‘open ballot’ option in violation of the guidelines of the APC that specified that the ‘open secret ballot’ option, it is clear to me that the vote principles of competence, merit, justice and fairness have been sacrificed by the APC on the altar of political expediency,”

It was learnt that Wasiu has joined the Peoples Democratic Party candidate, Jimi Agbaje.

Atiku/Okowa Campaign Is Focused On The Rescue Nigeria Project

Our attention has been drawn to a press statement by Chief Chinemerem Madu, a NEC member of our dear party of an alleged plan by some persons both within and outside the party to conduct press conference or issue a press release, calling for the removal or resignation of the National Chairman of our great party.

Whatever the plans are, they are intended, in the statement of Chief Chinemerem, to create a distraction from the collective efforts by the party and its members to execute a rescue Nigeria project.

Our campaign council members were inaugurated today during the launching of books about our flag bearer, His Excellency Atiku Abubakar. For all intent and purposes, we are set to commence our campaigns from today (Wednesday), hence the alleged plan to destabilize the efforts.

The kickoff drew large support and participation of our members as well as willing Nigerians with renewed resolve to work towards delivering on our mandate. Make no mistake, as a party we have moved on to what is ahead of us and refused to be distracted by any unnecessary distraction or drama.

We call on our members to be aware of what lies ahead of us, the energy and enthusiasm it requires to execute with passion and precision the project that lies ahead. The promise of our ticket to the Nigerian people is quite clear and is designed to lead this country out of the doldrums.

Our members at all levels are called upon to embark on community mobilisation and engage various groups as we look to win the undecided voters.

The stakes are high; there is no sitting on the fence. As Nigerians go to the polls they would decide on their choices along the lines of superior promise on security, education, infrastructure, unity, economy etc.

Pundits, experts are of the opinion that our candidate presents the best alternative for Nigeria. Our economic blueprint is adjudged as the best by experts and professionals. We are committed to this onerous task.

Ahead of the commencement of the 2023 election campaign on Wednesday, the presidential candidate of the Peoples Democratic Party and former Vice President of Nigeria, Atiku Abubakar has made key appointments of Special Advisers aimed at strengthening his presidential campaign team.

The appointees are former Senate Presidents, Dr. Bukola Saraki as Special Envoy to the presidential candidate and Senator Pius Anyim, as Special Adviser.

The appointments are to take immediate effect.

Atiku Abubakar charged the appointees to use their vast political experiences in ensuring that the PDP presidential campaign records resounding success in the 2023 election.

APC should focus on its frailties

Reading through a disingenuous press release by the APC Presidential Campaign Council on issues pertaining to developments within the PDP comes across as a laughable work of an interloper.

The release is disingenuous because it lacks any merit of a reasonable, intellectual riposte.  Rather, it exposes the APC and its presidential candidate as a bunch of busy bodies who, rather than focus on the burden of credibility that continues to dog their campaign, are poking their nose into minor internal issues of the PDP.

Well, since the APC Presidential Campaign Organization seems to have woken up from their state of hibernation, it is good to remind them that there are pending questions about the social and educational history of their candidate that Nigerians want answers to.

We shall be kind enough to remind the APC that when, in the next few days, campaigns begin in earnest, Nigerians will require answers to some weighty character questions about their candidate and, rather than expend precious time on what is never their business, should use the remaining few days judiciously.

Secondly, whatever is happening in the PDP is a conversation among leaders of the party and that, in itself, is a reflection of the PDP, as a living and engaging political party. The conversation in the PDP is all about consensus building, which in itself is a major ingredient for peace and unity.

The PDP, as a truly democratic party, understands that democracy is a lively concept because it allows for people to express their opinions and, it is within that understanding that everyone becomes part of the process.

The same, of course, cannot be said of the APC where what exists is at best graveyard peace. It is on record that in the seven years and more that the APC has been in power and with the attendant hardship that the party has foisted on the ordinary people of Nigeria, the candidate of the APC, former governor Bola Ahmed Tinubu had not for one single time stood on the side of the people.

And, that is so for the obvious reason that the presidential candidate of the APC considers his poorly conceived presidential ambition more important than the adversity that his party has unleashed on a vast majority of Nigerians. We wish to remind the APC that its presidential candidate has to own the failures of the party in the last seven plus years. He should also know that Nigerians will not reward their failure with nothing less than a resounding loss in the election.

Tinubu and the APC ma lu’le!

It is important to let Tinubu and his paid agents know that what obtains in the PDP is not the mundane stoicism that the APC is known for.

Indeed, the presidential candidate of the PDP, Atiku Abubakar has established credibility before the masses of this country that he is one patriot who can be counted on to stand by the side of the people – even when the times are hard.

Atiku is a democrat to the core and that is evident in the way that he continues to carry on with the responsibility of ensuring that the PDP rescues Nigeria from the stranglehold of the APC in the next year’s general election.